What is Continued Competency?

Continued Competency of EMS practitioners is critical for quality care and operations. The NHTSA EMS Education Agenda for the Future: A Systems Approach led to a clear collaborative system for developing and enforcing national standards for entry-level competency in the United States, but similar systems for continued competency lack clear definition. Because of that, continued competency is a crucial area of interest for the National Registry. Continued competency touches many aspects of EMS systems, including continuing education, licensure, certification, and local credentialing by the EMS agency. A systems approach to continued competency can help to ensure appropriate verifications and remove unnecessary conflicts.

With input from many EMS stakeholders, the National Registry has identified three building blocks for the Continued Competency Project.   The purpose of this page is to keep you updated on the collaborative process the National Registry has undertaken with several key stakeholders, including regulators, EMS educators, EMS agencies and National Associations. 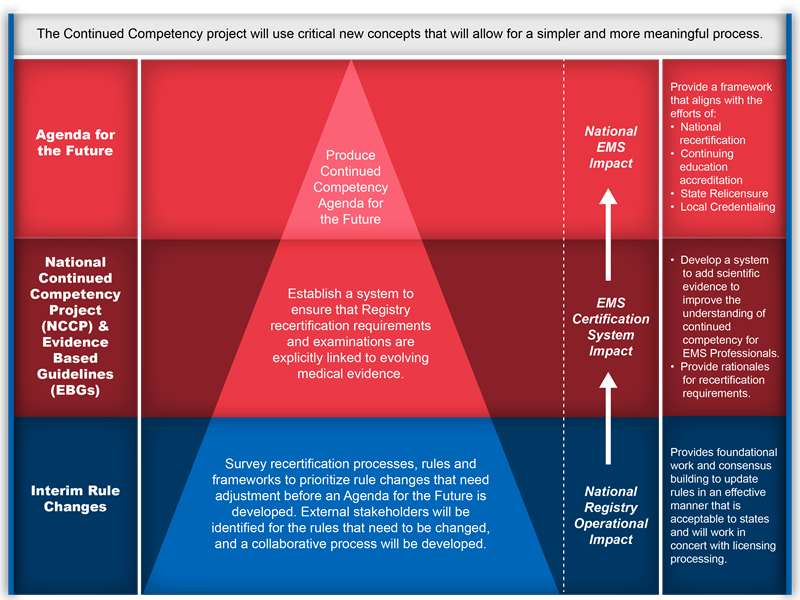 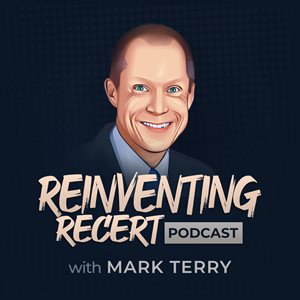 Continued Competency in EMS is a tough subject that comes with challenging concepts, evolving guidelines and changes in recertification. The National Registry's new podcast series, hosted by Certification Chief Mark Terry, will take you along the journey of the new Continued Competency Project. This podcast will feature many special guests and explore the successes and road bumps of those working toward a new Agenda For The Future, Continued Competency Model.

As EMS continues to evolve, so do the concepts of Continued Competency and how National Registry recertification will be reshaped over the next several years. In this episode of Reinventing Recert with Mark Terry, we will meet the host and set the groundwork for the exciting journey ahead.

Join host Mark Terry and special guest Bill Seifarth, executive director of the National Registry, as they recall their first encounters with recertification and how they became involved in the field of EMS. Bill talks about how they went from hundreds of mailed-in paper applications to today where practitioners can upload their courses right on the app.

Later in the episode, Mark shines a light on some potential pathways for the future such as computer-based simulation, more defined high-fidelity simulation, adaptive educational programs to individualize content to each student, and even the practice of breaking down the "recert by exam" into smaller pieces in a more distributed environment.

Join Mark Terry and Ashish Panchel, the Research Director for the National Registry and board-certified EMS physician, as they discuss research and how it will inform the Continued Competency project. Throughout this episode they will examine evidence-based guidelines and how those shape and improve practice. Also included in the discussion is what this evolution means for EMS education and how recertification will advance moving forward.

In this episode of Reinventing Recert host Mark Terry chats with special guest, Christian Martin-Gill who is and Associate Professor of Emergency Medicine at the University of Pittsburgh School of Medicine as well as an EMS Chief, Program Director of an EMS Fellowship and the President of the Prehospital Guidelines Consortium.

Mark and Christian dive into what an evidence based guideline is and why they are integral for the success of the EMS field. They also explore what goes into creating these guidelines, how to find them and Christian even shares some great resources for educators and clinicians alike to use on their own.

Reinventing Recert: Where are we now?

Discussions about the future of recertification are taking place - new education methods, identifying emerging trends and developing definitions to some key terminology. Host Mark Terry puts you in the center of the conversation with the Continued Competency Committee as you get a glimpse of what is on the horizon for EMS certification.